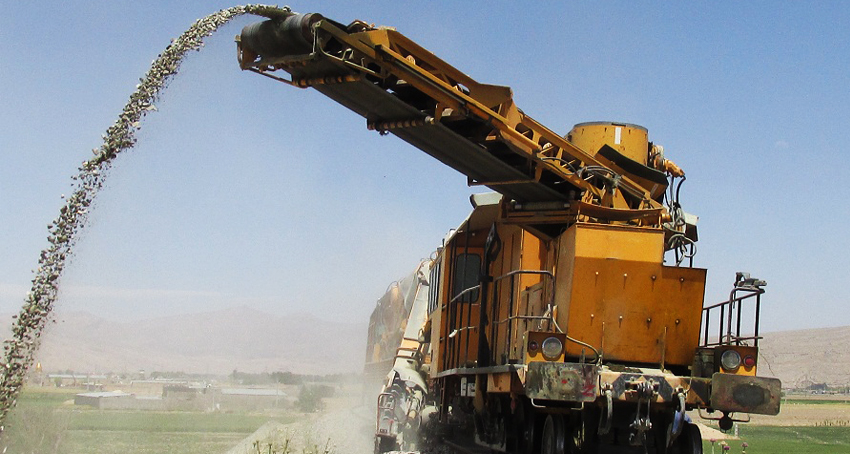 Another mission of this company includes improving the lines. This operation is conducted when the burnout lines is to such extent that one can make them operable by relatively conducting overhaul. This operation is usually conducted in the routes where materials wear has attained to 40% and it is undesirable to replace the defected parts and compartment of the line as well as removing the geometrical defects and replacing the ballast, under such conditions there will be taken action to promote the quality of lines and increasing their safety. During improvement operation, in some points it might be replaced such devices such as sleepers and rails as well. Ballast Company is the executive of contracts for improving the lines in different routes of national railroad.